Elounda village is situated 10 km north of Agios Nikolaos. The history and the beauty of this village attract hundreds of tourists every year, from all over the world. Elounda consists of four small settlements. Elounda Markakis Apartments, are built in the main village called “Shisma” while the three other settlements, Mavrikiano, Pano Elounda and Kato Elounda are on the slopes of the near mountains, facing the Mirabello gulf.

Staying in Markakis Apartments Elounda, don’t omit walking to these traditional villages and  enjoying the marvellous view to the gulf of Elounda. You can reach these destinations within just 20 minutes walking or a few minutes driving. But what really makes the view from the verandas of Markakis Apartment Elounda a unique experience is the famous island of Spinalonga, at the end of Elounda gulf.

Spinalonga: Venetian castle, Leper colony the fear of the Turkish, the shame of the Greeks

Ask the owners of Markakis Apartments Elounda to tell you more about the history of the island Spinalonga as their parents used to work there for over twenty years. Take the “kaiki” from the port of Elounda or the nearby Plaka in a 15 minutes boat trip and explore the former leper colony, founded on the Venetian castle of Spinalonga .Spinalonga is the place that inspired the British author Victoria Hislop to write her best seller novel “The Island”.

Are you stil interested in the history of Elounda?

Wake up in the morning and walk on the right seaside road from Markakis Apartments, see the place where salt was produced. Discover the ruins of ancient town Olous, which was one of the hundred cities of ancient Crete. The ruins of the Paleo-Christian Basilica and the stone windmills are also worth visiting.

Visit the monastery of Areti near the village of Fourni, about 20 minutes driving from the Markakis Apartments Elounda. The monastery of Areti has been one of the wealthiest and most powerful monasteries in Crete with great history among the centuries. Indeed, it once managed to buy seven other monasteries in the region. Ruined for many years, it was lately restored and is currently inhabited by monks.

Do you love eating fish?

Drive to the nearby fishing village of Plaka, just 4.5 km from Elounda and dine in one of the local tavernas that serve fresh fish and traditional meze. But since you arrive in Plaka do not hesitate to keep on driving on the mountain over the village, on the road the leads to traditional village of Vrouhas. You will be really astonished by the picturesque scenery and the view to Elounda gulf.

Its not a coincidence. Elounda is the place chosen from the English writer Maria Stewards to write her famous books. Elounda is the place where Walt Disney filmed his film “The Moon-Spinners” in 1964, Elounda is the village that was chosen by the well known architects Eleni Nakou and Spiros Kokotos to establish the first luxurious hotel in the district. Without any doubt Elounda is full of excellent hotels and apartments which attract demanding visitors from all over the world.

The ideal climate of the place, the unique beauty of its scenery, the peace of the water, the history of Elounda, the stories we were told by our grandparents made us decide to remain in our village, put our savings in Markakis Apartments Elounda and try to make your holidays as pleasant as possible.

We do not hesitate to offer you as much time as you want for any further information about Elounda. It’s our pleasure to keep the memories from the past alive and share them with our dearest guests. 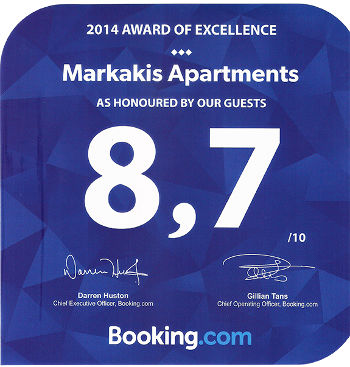 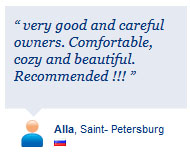